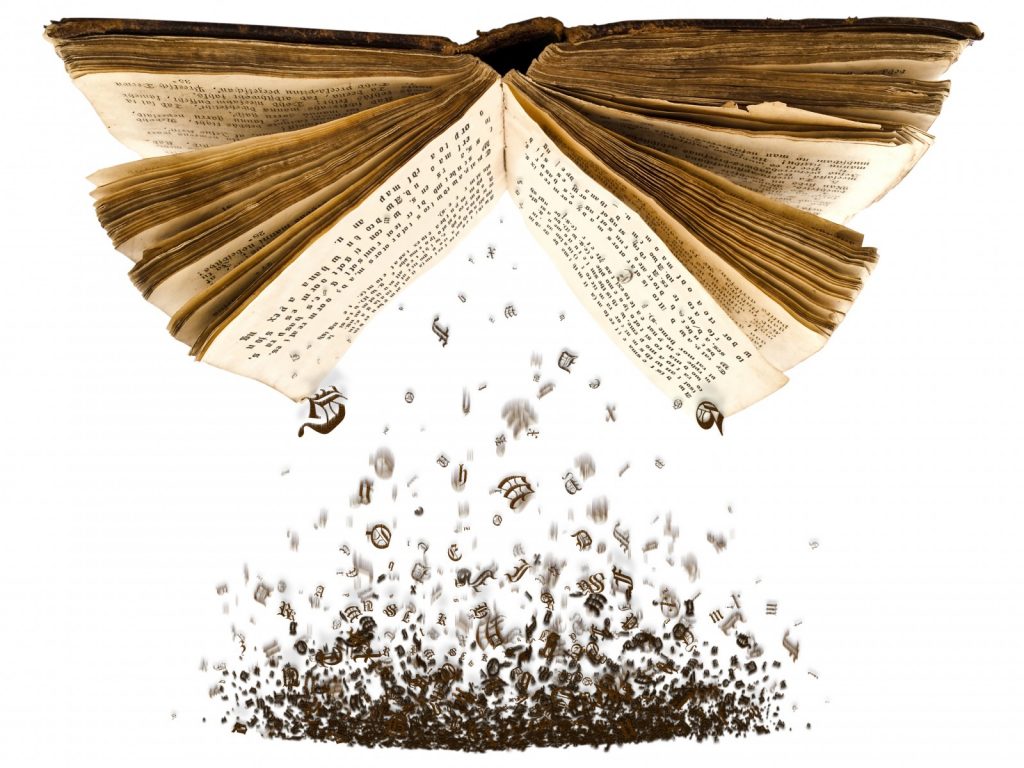 My family has asked me if I remember my first words.

Of course I do not, but I do appreciate the chance to talk about words.

Early on I had provoked in me an interest in words. I recall my dad laughing when I mis-prayed at the dinner table. I said, “Bless us O Lord and these Thy gifts which we are about to receive from thy ____.” I’m not sure of my next word, but it wasn’t “bounty,” the meaning with which I was unfamiliar anyway.

Another time when I said something was “ironic,” my mother asked whether I was using that word correctly.

In a high school debate I charged a proposal with advocating socialism. The judge wrote in his comments that he was unsure I knew what “socialism” meant.

I recall correcting a woman who had discovered “purloin” but was using it to mean “lie.”

As a boy I mis-pronounced “gym,” rhyming it with “dime.” I rarely use “indefatigable” because it is not worth the work of pronouncing well. Same with “anemones.” Or “mnemonic.” Why have any word start with “mn”? Yet one dictionary says there are 496 words which do!

I have enjoyed word origins. “Window,” for example, started as “wind hole” before there was glass. “Woman” may originally have meant “man with a womb.” A “neighbor” was the kind-hearted “nigh boor,” or nearby farmer. “Tribulation” comes from the Latin, “tribulum,” a fearsome threshing sledge.

I like regional words. In the South, “mashed” potatoes might be called “cream” potatoes, and where we Northerners would say “push” a button, Southerners might say “mash.” They might say “Thursday week,” whereas we would say, “a week from Thursday.” Meanwhile around home we would speak of a “crick” instead of “creek” and “taverns” instead of “sloppy joes.”

My wife and I have privately entertained ourselves with silly spoonerisms through the years, so-named after a Reverend Spooner who inverted beginning consonants of words. He, for example, saw an insect fluttering by and called it a “butterfly.”

As a freshman in college I would make lists of words with which I would familiarize myself and then, at times pedantically, use them in dialogue. Some of the words I recall include: “mendacity,” “mendicant,” “somnambulist,” “soporific,” “loquacious,” “garrulous,” and “gregarious.” The campus priest, Father Doyle, once looked at me and said, “I never before heard a student use the word ‘phlegmatic’ in a sentence.”

Abused or overused words can be tiresome, though an over-sensitive word Nazi can be a bore as well. I do wish people could distinguish between “lie” and “lay” or “good” and “well.” “Interesting” is inarticulate. “Totally,” “perfect,” and “at all” are way over- and mis-used. My classics teacher rebuked me for using the word “human” when it should be “human being.” I have split infinitives before (example: “to regularly hope” rather than “regularly to hope.”) I recall a teachers’ strike in New Orleans where a striker held a placard declaring, “All we want is a descent raise.”

After all these years I continue to grow in my appreciation of the Word made flesh. Here and here only is perfection in communication.